10 Computer Shortcuts You Can Use for Evil

Have you ever thought about how computer shortcuts have made our life easier but once used wrong, how much impact it can make?

The computer is not just a genius creation that eases our work at the office. It is also a thing that can be tricked to make fun around.

Here are some evil computer shortcuts that will leave one stunned:

#1. Number Pad into a Mouse

Someone who is fond of using a keyboard may get shocked to see how the keyword stops taking his command.

This evil computer shortcut leaves an allusion of faulty keyboard or number.

Imagine you are working on something and suddenly everything starts looking bigger than their actual size on the screen.

You can magnify anything and annoy your friend. To activate this evil trick press Window key and + button together. This will magnify everything. 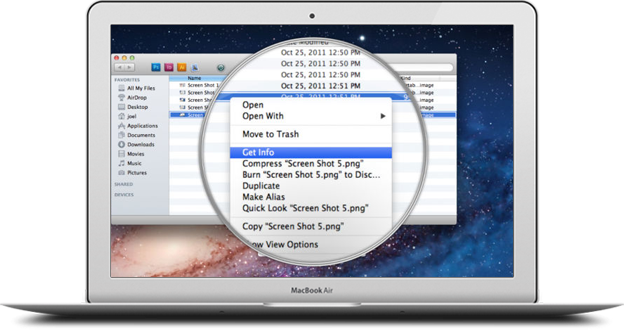 Well, I was working on my computer will this stopped this popped out from nowhere. Later I came to know that the trick was actually played by one of my colleagues.

Huh! Will if you really want to get to know someone turns their PC screen upside down and waits for them to seek your help.

This is an amazing evil trick to bring your colleagues closer. Here is how you can do it. Press Ctrl + Alt + Down Arrow Key all together. This evil computer shortcut is a great way to break the ice between two strangers in the office. 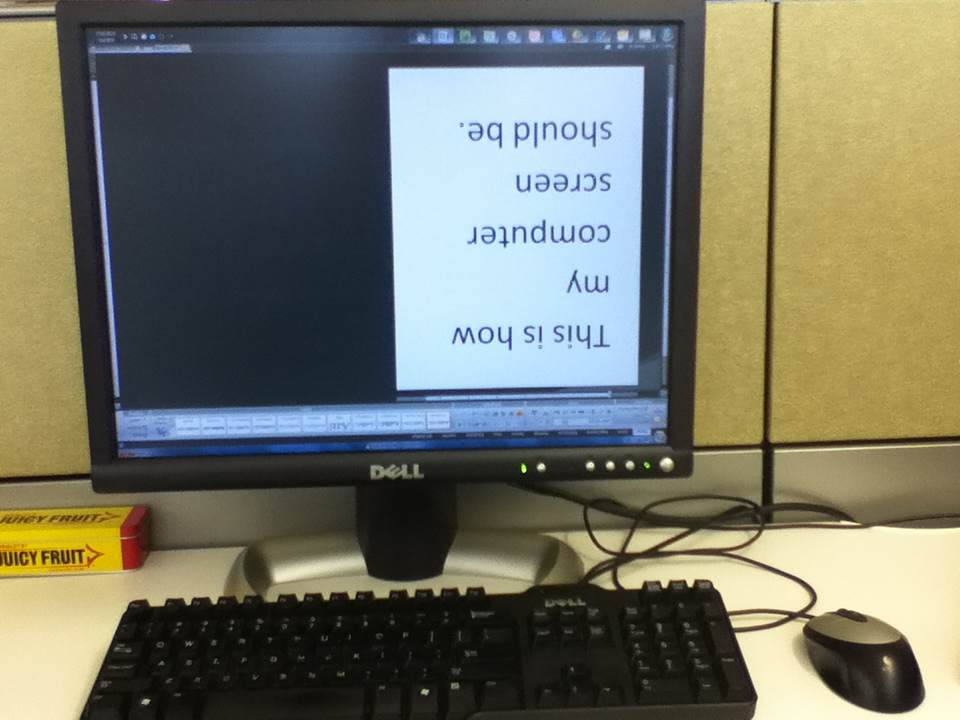 Won’t you think your friends will go crazy if they hear beep beep sound from their computers?

Surprise them sue the evil computer shortcut –press down the ‘num lock’ key for five seconds, a toggle box will appear. Click ‘yes’. 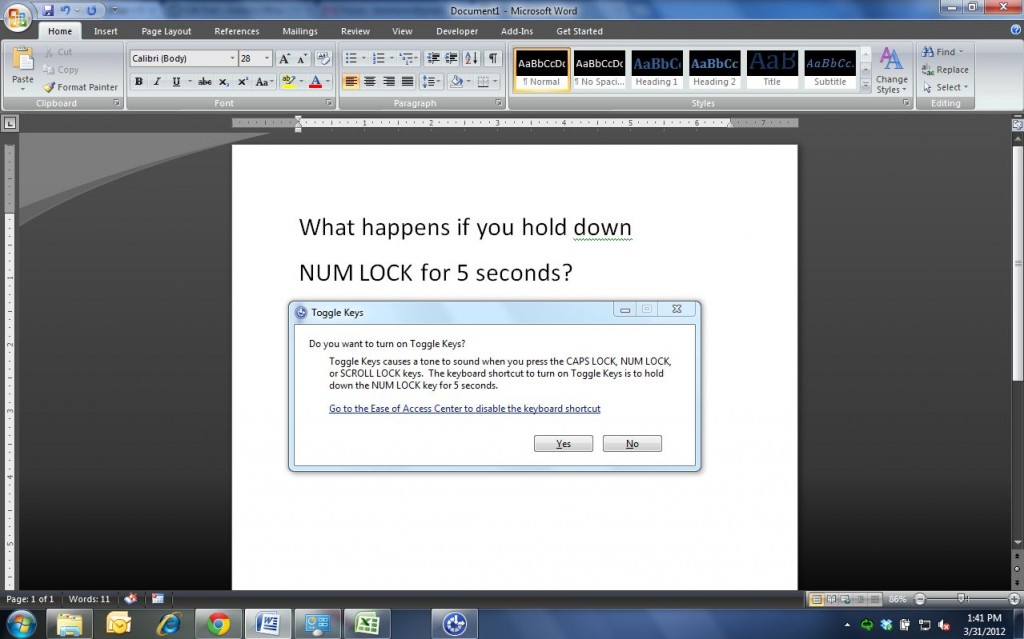 It can be insane for a writer to have all words in Capital instead of in the sentence case.

This reversible evil computer shortcut may blow one’s mind instantly. Here is how to do it – press Ctrl + A to select the entire content and hold Shift + F3 together. 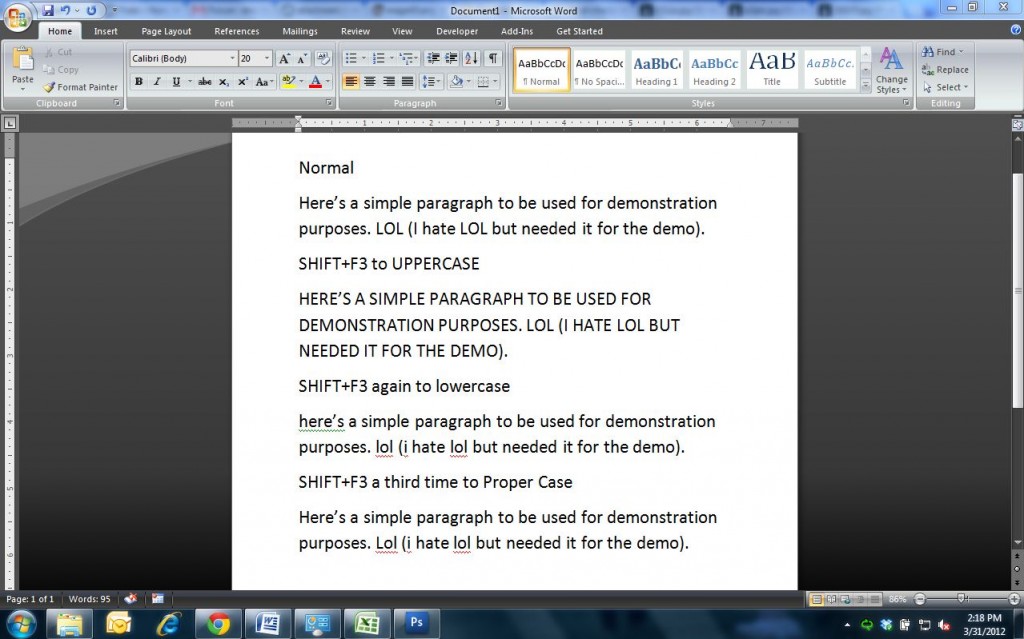 This will change the display and one might get annoyed with the contrast if one doesn’t know to fix it. 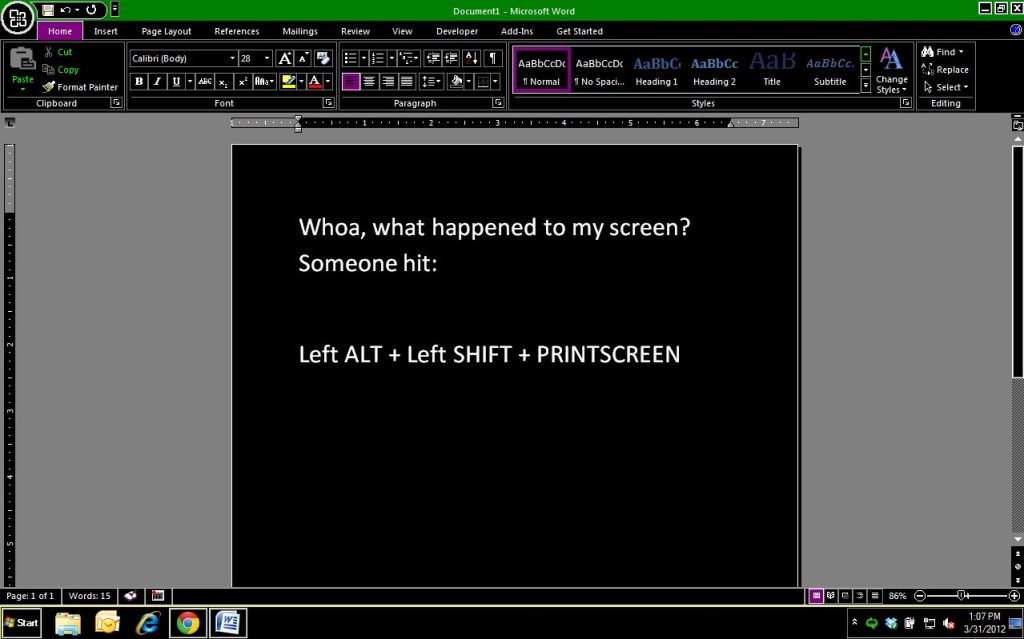 Scrolling a huge data in Excel makes it easy to locate information.

How about if scrolling is locked? Lock the scrolling in excel by hitting scroll lock in the excel file.

Scare your friends with a fake broken keyboard. Hold the right Shift key for 8 seconds, a toggle window will pop up, hit ‘yes’.

The shortcut key will turn on the Filter Key which ignores certain keys.

Do this quickly while your friend nips to the toilet. Press Ctrl+Print Screen and open Microsoft paint, paste the copied image and save it.

Right click on the image and set it as wallpaper. Make certain changes to the desktop by deleting all shortcuts and icons. Your friend will go crazy. 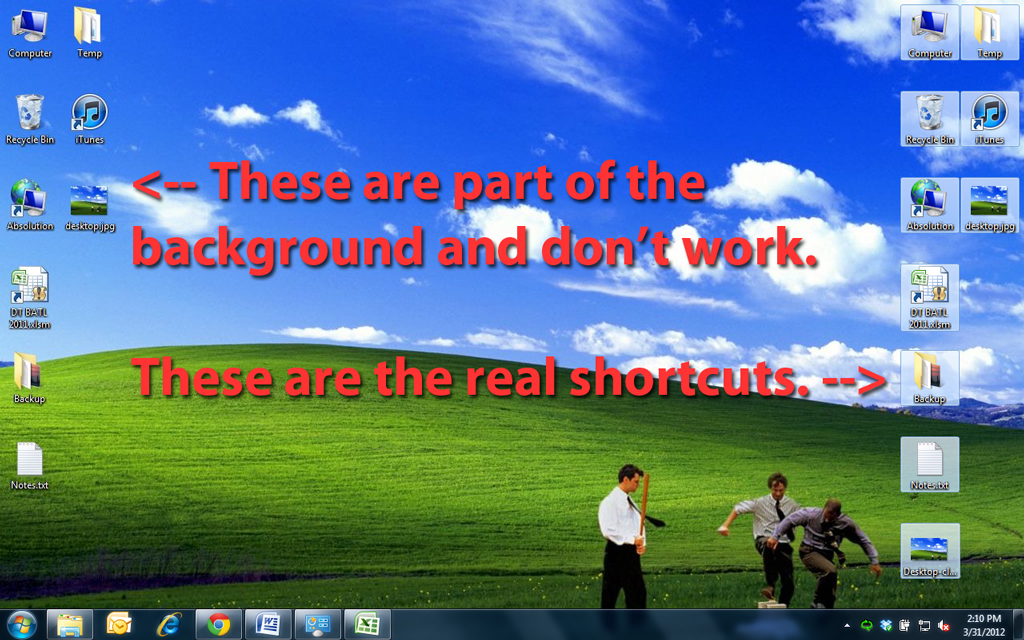 #10. Rename All The Files: Most Dangerous among Computer Shortcuts

This is a nasty evil trick. I personally find it offending, but it’s fine if you are a friend, is cool.

Select all the files and hit F2 button. Rename the first file and all the files will be renamed. This evil computer shortcut can be undone with Ctrl+Z. 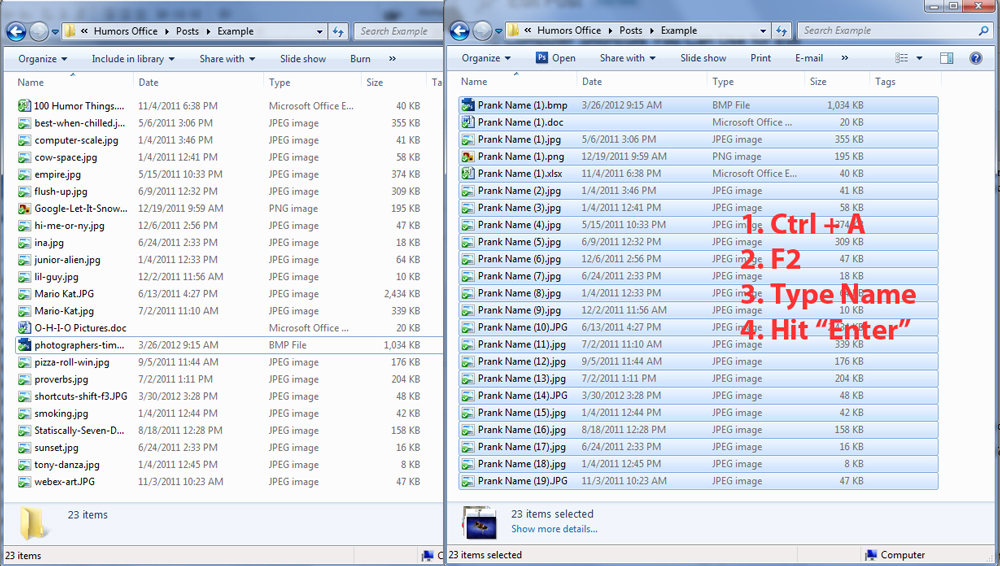 So these are some evil computer shortcuts that will make your friend go crazy and may even add fun to a boring workplace. Whatever trick you choose make sure that no official and crucial data is deleted.

Have you ever thought about how computer shortcuts have made our life easier but once used wrong, how much impact it can make? The computer is not just a genius creation that eases our work at the office. It is also a thing that can...Tulika Gupta10 Computer Shortcuts You Can Use for Evil