Android Flashlight Apps : Is there an App to control the flashlight on your Android device? A person who has been using an Android device for a long time will know the perfect answer to that question.With the technology evolving like never before, the flashlight can be controlled with the camera or an inbuilt app.

However, a few Android devices require an application to control the flashlight.Today, we will talk about the best flashlight App for Android device with no extra permission.

The “no extra permission” might seem a bit weird; however, additional options will certainly confuse you while trying to use the app for its intended purpose.

In this case, the fewer the options, the better the app will be.Let’s take a look at the 10 best Android Flashlight Apps with no extra Permissions.

This App is first on the list, due to its exclusive no permission feature.A developer called Humberto has developed the Flashlight Free app and it does live up to its name.

You will not find any unnecessary features like other similar apps in it; it serves its intended purpose very well. The two options that you have here are, Camera to access LED hardware while it is in use and other option is to control the flashlight whenever necessary.

Flashlight Free is a one-thing only app and you cannot expect anything additional from it. It is available in both free as well as paid versions.

Looking for only Flashlight and nothing else? Flashlight Widget is one of the best Flashlight App for Android device.

It is a flashlight that comes with a widget included, which many flashlight Apps don’t provide.

Place this App on your home screen and with just a touch, you will have the flashlight on.

The only instances where the flashlight needs permission would be by the camera to access LED for flash and other options to control flashlight whenever needed. Another App with minimum or no permission required in operating torch on the phone; and best of all, it is a free App.

The name seems rather plain and to the point, and this app does just that.

It fulfils its intended purpose of flashlight control with no additional permissions.If you need a mobile torch in a hurry, then this is the best app to have.

The only control here resembles the same as the previous app, that is the camera for flash access and the flashlight control. This is free to download App with hardly any permissions to operate the flashlight on your android device and is one of the best Android Flashlight App.

An older version of the App which has been updated since 2014, Torch was developed by Santoso Wijaya and worked well even on the latest phones in the market.

The user interface of this App is quite simple and bleak, but it certainly does the job of controlling your flashlight effortlessly.This app syncs with the camera to control the flashlight and the widget support to draw over other Apps.

There are a few tricks to this old App in the settings tab, along with the regular and Reverse switch option.

A single button feature is an excellent option for any flashlight App and Slim Gears have made that interface look even better.

This best Android Flashlight App includes 3 home screen widgets, an auto-off function in case you forget and one lock screen widget for the use of a flashlight in a hurry.

It is a free App that comes with advertising and you could get rid of those annoying advertises by purchasing the paid version of the App. The developer has also posted a list of devices that this App won’t work with on the Play Store listings.However, it is one of the best Flashlight App for Android to use.

To being with, this is a paid App and there is a no free version of it.

The reason I stated that before even explaining about the App is simple and obvious.But, let me assure you, that your money is still worth it since the App designed is elegant and professional in many ways. The latest versions of this App included new permissions which will certainly wreck havoc later on; however, it is still worth every cent.

If you don’t mind the more permissions and ads, you could still pick up the original version for free.

Color Flashlight is another best Flashlight App for Android with features like controlling the flashlight and turning the phone screen into a flashlight. The display can change colors, shapes, texts, and patterns depending on what you need.

The App is free to download and use, which comes with basic permissions needed to run the flashlight; but, the downside here would be the unwanted ads.

White light Flashlight is an App developed by Hex Innovations, which has several features to make your life easier in case of a blackout or darkness. 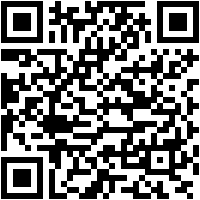 The flashlight is activated by just swiping and the widget option is available for your convenience.Not many permissions needed which is good; the app has light and dark themes to boot.

This a free of cost app worthy of its name.

This is an old yet still very popular and one of the best Android Flashlight App in the market; Tiny Flashlight from Nokolay Ananiev.

Permissions are minimal with Camera to access flash/LED and other options to control flashlight, check network connection, prevent the device from sleeping and more.

It is one the most downloaded App for Flashlight, and that is enough a proof to show its usefulness and worthiness.

Nova launcher is very well-known in the digital platform and TeslaLED Flashlight is developed by the same team.

Though this Flashlight App had some quirks earlier with the latest Android devices, it still takes its place in the top 10 spots in best Flashlight Apps for Android.

Without any permissions needed, you will get strobe lights, Morse code, police lights and home screen widgets. There is a limited permission required in case of the camera to take photos and videos; other than that, there are no other possible permissions needed to run this App.

So, these were few of the best Flashlight Apps for Android on the market that are used extensively.

Although the flashlight Apps market is going down due to the inbuilt flashlights available in the latest Android versions; there are still many older Android devices that require these kinds of Apps to control and use the flashlights.

This article is out here to help those people who use the older versions of Android.

Hope this list of 10 best Android Flashlight Apps with no extra permissions was helpful in assisting you to find and choose a Flashlight for your needs.