The Consequences of Failing to Show Employees Proper Recognition

There’s no denying that many members of the workforce aren’t exactly passionate about their respective trades. Sure, they provide essential income and enable them to pay the bills, but at the end of the day, most of us would elect not to work if given the choice. Still, as things stand, the majority of workers pour a significant amount of time and effort into their jobs and expect a certain level of appreciation from their employers. So, if your business’s employee recognition efforts are sorely lacking, don’t be surprised by the following consequences.

The vast majority of us like to feel as if we’re working towards something. The prospect of a big reward for all our efforts – such as raises and promotions – is often what keeps us going when our jobs feel particularly thankless. In other words, even if things are fairly monotonous and there isn’t much change day-to-day, knowing that recognition is on the horizon can provide us with consistent motivation.

Conversely, if employee recognition in your workplace is rare to nonexistent, many workers are liable to lose their motivation, as well as any passion they have for their jobs. After all, if things are fated to remain the same forever, why bother putting your best foot forward? So, if you’ve noticed that any members of your team have been particularly dispassionate as of late, there’s a good chance that a lack of recognition is at least partially to blame.

If your workforce is unmotivated and dispassionate, the overall quality of their work is practically guaranteed to suffer. Missed deadlines and glaring errors are particularly common in workplaces at which employee recognition is regarded as an alien concept, and the rationale behind this is very understandable. If one’s efforts are never going to be properly rewarded, why should they go the extra mile when it comes to doing their job? At the end of the day, if underperforming carries the same result as overperforming, most people are going to choose the former. Since subpar work on the part of your employees can have serious financial repercussions for your business, it behooves you to ensure that everyone receives proper recognition for their efforts.

It shouldn’t surprise you to learn that people don’t want to work for businesses that minimize their achievements or refuse to acknowledge them entirely. While some people remain in such jobs for necessity’s sake, they won’t hesitate to abandon ungrateful employers the instant better offers present themselves. In light of the damage done by the COVID-19 pandemic, both company recruiters and third-party recruitment agencies have become particularly active, meaning there’s a good chance that some of your most valuable team members are being contacted about new opportunities. So, if you’re interested in retaining top talent and fostering budding talent, you’d do well to make employee recognition a top priority – and a cutting-edge employee recognition platform is sure to serve you well in this undertaking.

Although many Americans have come to expect a certain level of mistreatment from employers, recent years have seen members of the workforce become increasingly less amenable to such behavior. A growing number of individuals would rather go without income than work for an employer who mistreats and/or exploits them. As such, if your business develops a reputation for mistreating employees, you can expect to see application rates plummet. 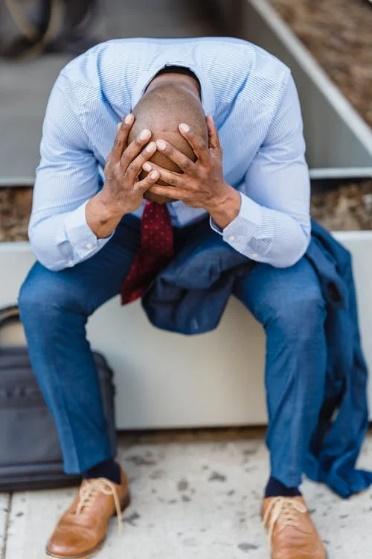 Unsurprisingly, few jobseekers want to devote years of time and effort to an employer who refuses to recognize their contributions. And the fewer applications you receive, the less likely you are to fill vacant roles with the best possible candidates. So, if you refuse to recognize employees for their sake, you should at least give some thought to the reputational damage this lack of recognition stands to cause.

To call many employers unappreciative of workers’ efforts would be an understatement. In the minds of these employers, simply paying their employees is sufficient recognition for their efforts – and raises, promotions and other rewards are wholly unnecessary. Unsurprisingly, such behavior can lead to a disheartened, disillusioned workforce – which stands to adversely impact a business’s bottom line. So, if your business leaves a lot to be desired with regard to employee recognition, take care to consider the consequences discussed above.

How Roof Solar Panels Are Installed

Board Management Software: The Complete Guide

How Roof Solar Panels Are Installed