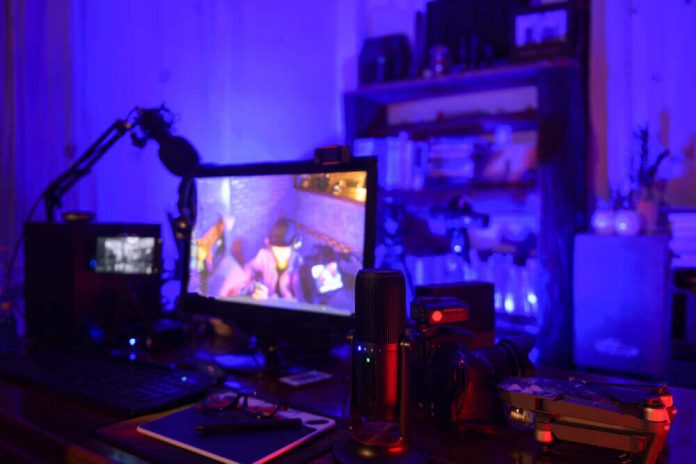 Game Recording Software is on the rise as more and more people are getting interested in gaming and sharing their creative gameplay. Although there are people using Xbox and PlayStations, the majority of the gaming community uses it as their preferred operating system, so we will focus on that only.

Why Use a Dedicated Game Capture Program?

There are many screen recording programs available, but if you use a dedicated game capture tool, the quality of the gameplay will be much better. Also, if you are playing a game in windowed mode and there is anything else in the background, that might also get recorded. Finally, sometimes dedicated game capture tools come with a feature that lets you record past gameplay, up to the last 5 minutes.

When it comes to recording, there is plenty of option to choose from. Many of them are completely free and some of them come with a price tag. We will check all of them to ensure providing all the options you have.

First up on the list we have Open Broadcaster Software, mostly known as OBS. This is open-source software that is not only used to record but also stream games. When it comes to functionality, it comes with a vast variety and you can add many plug-ins into it. But as it has this much features, there is also a learning curve. You cannot just install it and use it straight away.

If we only focus on the recording part, OBS is capable of recording in MP4 and FLV and it uses hardware acceleration to take full advantage of your GPU. You can also add various overlays on top of your videos while recording, like a webcam or custom texts. Also, it has support for cross-platform and there is a huge community back up. So if you ever get stuck somewhere, you will easily get help.

The best part of OBS is the program is completely free to use and it is supported on Windows, macOS and Linux.

If Open Broadcaster Software feels too difficult to start using, you should check out Streamlabs OBS. It is a simplified OBS which comes with an easier user interface and most of the important features. The program also supports many plug-ins.

One of the great features of Streamlabs OBS is you can save all your settings on their cloud and use it on any other computer just by logging in. Recording with Streamlabs OBS works more or less similar to OBS but it supports fewer formats. Although, most used formats like MP4 are supported. As of now, the program is in Beta, so you might some minor issues here and there.

Streamlabs OBS is also a free tool and it supports the Windows operating system.

In case you are using an Nvidia graphic card, you might have already been prompted to install the Nvidia GeForce Experience tool. There are many things you can do with this gaming-oriented tool, and one of them is recording. The feature is called Nvidia ShadowPlay and it uses Nvenc encoding, which uses the full potential of the GPU.

Although when it comes to options, the tool is a bit limited, compared to OBS. There are very few settings you can tinker with, but it can record at the same resolution as your monitor. For basic gameplay, or to record a highlight, it works the best. Because once set up you can press a few keys to start recording anytime.

GeForce Experience is free software that is compatible with Windows, considering you have an Nvidia graphic card.

From team red, I mean AMD we have Radeon Relive. This is their solution to record your gameplay, just like Nvidia ShadowPlay. It utilizes the GPU for encoding, so your CPU is free for all the other work. One of the best features of Radeon Relive is it can record videos while upscaling it. So if you have a 1080p monitor, you can still record footages in 4k.

Sadly, it also has a limited feature set, and it cannot be used to stream your gameplay. You can set up a shortcut to start recording or record your last few minutes of gameplay. As it is always running in the background, it takes up resources, but the impact on the gameplay is pretty low.

This program is also free to use, but you have to have an AMD GPU.

With recent updates, Microsoft added many features to their Windows operating system and one of them is screen recording or game capture. You can invoke the Xbox Game Bar with the shortcut Win + Alt + R and set up all the settings you need. The settings include options like changing the fps rate and the resolution.

As it is an inbuilt game capture tool, the chances of facing issues is lesser than the competition. Sadly, for the same reason, it has limited usability. If you are just starting out, or do not need any kind of advanced features only then you should use it.

As a pre-install program, it is completely free but only supports Windows.

After that, we have Bandicam on the list, which is another well-known option. This program is a dedicated screen recorder, so you will find all the feature you will need. It can record videos at high bitrate and framerate while compressing the video to reduce file size. The compression does not affect the quality, so it is a win-win situation.

Bandicam can record up to 4K resolution and comes with features like resizing windows, Nvenc recording etc. The only downside is, unlike all the programs we mentioned earlier, it is not a free program. So before buying, you should use the free trial they offer. You will be able to use all the features, but there will be a watermark on your output.

The program costs $60 for a single license and supports the Windows operating system.

If you need a program like OBS, but you do not have a huge time to invest, Gamecaster will be the best alternative. It is a powerful recording and streaming program. After the first installation, it will automatically adjust all the settings depending on your computer configuration, saving a lot of time and effort.

Other than that you will find features like picture-in-picture mode, watermarks, video annotations etc. If you want to stream, it can link up with all the popular platforms, including Twitch and YouTube Gaming. On the flip side, if you want extra plug-in support community help, you will be disappointing.

Gamecaster has both free and premium variants. The premium license starts at $8.32 per month and it supports Windows.

Another popular entry on the list is Fraps. The program comes in a small package, offering limited settings and configurations. But those include all the necessary ones. This program is not about functionality, but simplicity. While recording you can also split the files as it reaches a certain file size. Another great feature is it can show your current framerate as an overlay on top of the games you are playing.

So, when it comes to recording Fraps support 29.97 to 120 FPS, which is more than enough anyone needs. Also, you can record internal and external audio together, just like OBS. It is a very lightweight tool, so if your computer has older hardware, this will be your best option.

This program has both free and premium tier and that costs $37. Fraps only support Windows.

A Bandicam competitor is Movavi Screen Recorder, as it comes with similar functionalities. It comes with a modern user interface and you will be able to navigate through the UI at the first time without any hesitation. You can record files in up to 4K resolution and sync your webcam and microphone voice, live.

If needed you can record only a part of the screen and convert that into a GIF. It can also handle a little bit of editing, like cutting footage or joining two. The downside is just like Bandicam, there is a huge price tag and the trial comes with a limited feature set.

Another lightweight game capture program is Dxtory. The user interface of this program is pretty simple, yet there are many functionalities. It captures lossless videos at the highest quality possible, resulting in great output. Although that also means the file size will be huge. Although you can tune down the quality depending on your need.

The best part of Dxtory is it can record two separate sound channel for in-game sound and your microphone. So while editing, you will get much more flexibility. In the settings, you can change options like codec, fps, format etc. Also, you can balance if the tool should take resources from the CPU or GPU.

It comes with a free trial and after that, you will need to pay $35 for 1 license. Dxtory is compatible with Windows only. 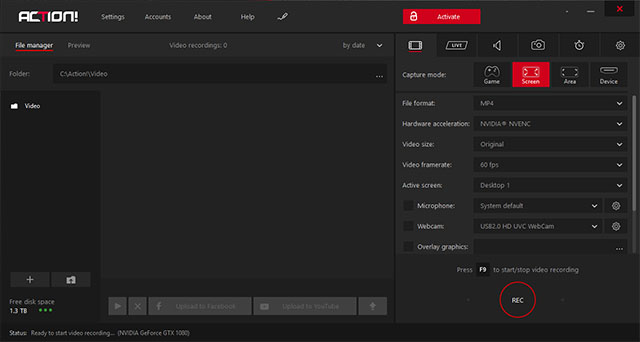 If your computer hardware is powerful, Action! will be one of the best choices as a gameplay capture program. It can record files up to 4K resolution and uses Nvenc to use the full potential of your GPU. Other than game recording, you can directly stream your gameplay on all the popular platforms, including YouTube, Hitbox, Twitch, Livestream, and Ustream.

If needed, you can also edit your footages in Action! Itself but in that case, you will have limited functionality. One downside is you cannot change the framerate it captures the gameplay. Also, the cost of this tool is a bit high.

Talking about the cost, after the free trial you will have to spend $29.95 and it supports Windows OS.

At the end of the list, we have D3DGear. It comes with a basic user interface but that is packed with features you will need to produce a good quality video. The setup process is very simple and you do not need to fiddle with the settings to start with. While recording, it also compresses the video. So the output file size will be smaller, saving disk space.

D3DGear uses hardware acceleration and put most of the pressure on the GPU. Whenever you start playing any game it detects that, and with hotkey set up, you can start recording whenever you want. It also comes with a 15 days trial, so you can try it out before purchasing.

After the trial, D3DGear costs $29.85 for a single user and it also supports only Windows.

As you can see, if you are on Windows, where most gamers are, you have plenty of option to choose from to capture gameplay. On the flip side, Linux and macOS user mostly have to stick with OBS or Streamlabs OBS. Now it is your time to record your games and share it with the community. 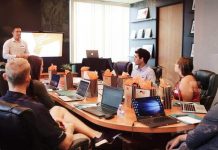 7 Best Board Management Software for Startups to Big Business 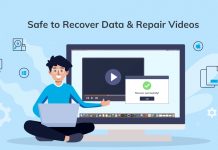 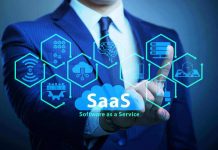 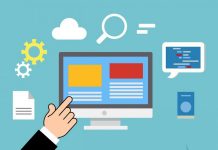 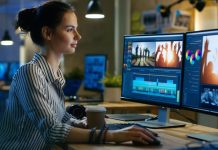