How to record screen in Windows 10 without any software

Windows’s latest operating system ‘Windows 10’ has been around for almost three years now. However, there are still many features of it that no one is aware of.For example, did you know that you can record screen in the operating system without taking help of a third party’s software?Yes, you can Record Screen in Windows and share it with your friends with simple shortcuts that you can in fact change and save as per your convenience.

Step by step you will be introduced the ways by which you can capture your screen and share with friends what you have been up to. So whether you want to share your highest score card in some game or something else, Windows 10 will let you do it without having you to install or download any software.

In this article, you will learn how to record screen in Windows 10 without any software.

How to record screen in Windows 10 without any software?

It is easy to learn and apply. Check out the steps below:

Step 1: Start your laptop and let it refresh automatically. Don’t hurry things as it may slow down the working of the laptop. Now, click on the start and start typing “Xbox”.

You will notice a green icon on the start menu. This green icon is on “Xbox app”. Yes! Your windows 10 is equipped with Xbox app. Nobody knows this when Windows 10 was first introduced. 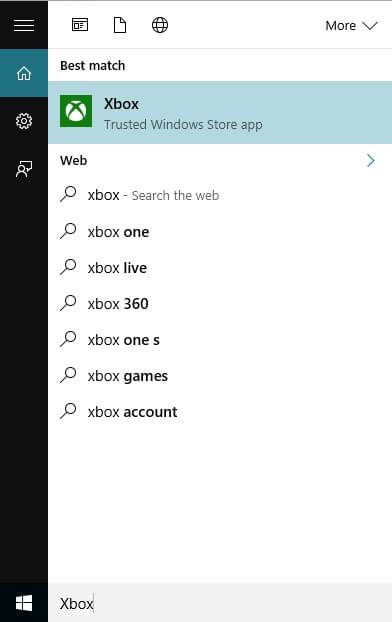 Step 2: Know since you have located the Xbox app, open the application. One you open the app you will see a green screen in front of you. Now, type in the shortcut key “window+G” on the screen that you would like to capture or record.

A pop-up message will appear on your screen asking if you would like to open game bar with a radio button option of “yes, this is a game”. Click on the yes button and move ahead.

Step 3: Having opened the game bar, you will get a few options which may include take a screenshot, go to the settings or simply record the screen.

You can also choose these options by using the short keys – Window+Alt+PrtSc for capturing a screenshot; and Windows+Alt+R for start recording.

Step 4: Chose the option that you would like to. If you wish to record the game that you planning to show it to your friends as for how you cleared that tough level of some game, simply click the red button to start recording and again the same button to stop the recording. 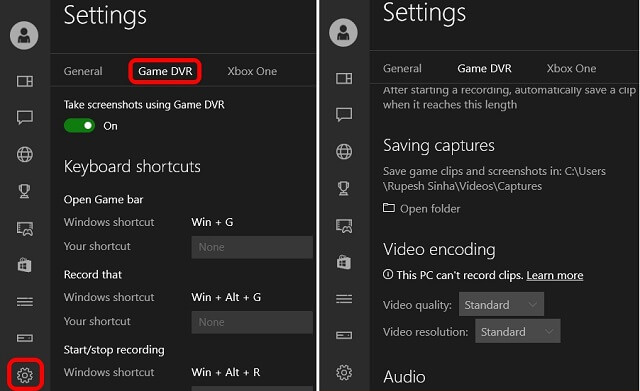 Step 5: Having saved the recording and screenshot you will surely feel like viewing them. The media file will be automatically saved in your C drive under User’s video folder.

From there you can share and see it for yourself for simple enjoyment. You can change the place where you would like to store the captured screen or recorded video.

Having read the article you must have learned by now as for how amazing your Windows 10 is and what amazing features it has. Here are some of the amazing things that one can do with the option of How To Record Screen In Windows 10 Without Any Software:

There is more that can be done using the screen capture option. Besides, how to record screen in Windows 10 without any software, there many more hidden features of Windows 10 that are waiting to be uncovered.

For example, did you know that you can bookmark link or websites on your desktop toolbar?

Recommended : How to reset Apple TV

There you will get three options: Address, link, and desktop. Chose the link option and enter the name of the website or URL of the website that you would like to bookmark on your desktop toolbar. You can also disable the irritating features of Windows 10 “Cortana”.

The solitaire game is ideal for those who can spend hours and hours playing the game and with the daily challenges, the game becomes more enjoyable.

Overall, Windows 10 is an amazing operating system. Although it has some rough patches that still need to be mended, the operating system is magical in itself. If you are someone who uses Windows 10, do not wait to explore the shortcuts and features. It is your laptop and your operating system so goes ahead and explore all you can and do not forget to share it using the capture screen option.

How to Resolve If iMessage Not Working on iOS 9?