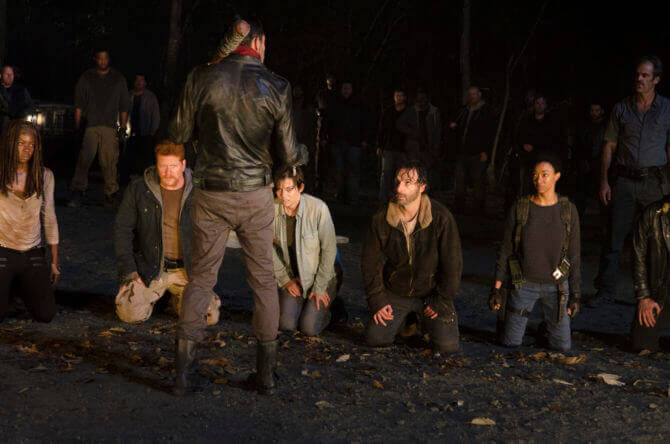 Are you a crazy fan of AMC’s hit zombie series, The Walking Dead, and waiting for its Season 7 Premiere? Chill guys! The Walking Dead Season 7 is only a month and few days away but we have something very exciting to share with you all.

Before heading to the much awaited series spoilers, let me reveal when you can watch The Walking Dead Season 7 Online?

The die-hard fans of TWD are only waiting for Season 7 premiere to solve the mystery of who was died at the hands of Negan in last Walking Dead’s episode. The last season left everyone hungry for more.

Those who have missed Season 6 “Last Day on Earth” – which was ended with Rick Grimes (Andrew Lincoln) and 10 other survivors captured and brought before the terrifying Negan (Jeffrey Dean Morgan). Carl, Daryl, Michonne, Glenn, Abraham, Sasha, Eugene, Aaron, Rosita and Maggie – all were there.

Negan decides to beat one of them to death through his baseball bat wrapped in barbed wire. But it was not cleared who Negan picked.

There are many speculations that hint towards Glenn and Abraham as the most likely victim who will die in Season 7. AMC hasn’t confirmed anything yet.