A few years back, Cyanogen started a grand dream by developing a Custom Rom known as CyanogenMod for Android that can be used by Android smartphones or tablet users to keep them up to date.

In fact, we can call it is a “better”, “faster” and “versatile” version of what Google can provide. The developers of CyanogenMod believed that this custom version of the Android operating system would be a bullet through Google’s head.

With CyanogenMod’s themes, a user can alter fonts, app icons, and even notification sounds. In short, it delivers a pure personalized Android experience. Using the custom ROM is completely free as developers don’t expect any monetary benefits in return.

Recent reports suggest that Cyanogen is discontinuing the support of CyanogenMod most probably from December. A lot of drama has been exaggerated on the account of the death of CyanogenMod. Here is what actually happened:

The company was started as a community to run an open source project of providing custom ROM to its Android users.

In the year 2015, Cyanogen tied up working directly companies like OnePlus to provide stock ROM. Well, since then the company was working to maintain and distribute the software.

Gradually, conflicts started arising between the CEO of the company Kirt McMaster and Kondik, which led to the removal of McMaster from the position of CEO following which Kondik left the company.

The new consolidated team of managers made the decision to stop maintaining the distribution of open source project. They have decided to work on other projects one of which is a Cyanogen Modular operating system program.

The company would cease all the monetary and server support to the paid developers who contribute the code for the custom ROM of this open source project. So, the official development of the project will be canceled from December.

Is it the end of Cyanogen?

After the announcement, there has been a lot of hassle lately about whether is it really the end of Cyanogen. Well, until the release of Nexus devices, only Cyanogen ROM could provide the extreme Android experience.

Moreover, the rebranding of Lineage Operating system has reduced the spirit among the Cyanogen fans and the number has been reduced at a great rate.

The other reasons include:

Android is all good in itself

The current Android handsets and the newer version of Android Oreo have unlocked the gates to clearer and more exciting experience.

Many of the features that people used to install the custom ROM are now a part of stock Android. For example Phones like Pixel and Moto G4 have customizable notification settings, screen recording, etc.

Updates are Getting Slower

Well, earlier more developers used to work on Cyanogen open source project but since the announcement developers have taken a step back.

Steve Kondik himself has confirmed in an announcement that CyanogenMod would rebrand itself as LineageOS which will probably revitalize the premium features of CyanogenMod.

Have a look on remarkable features of Lineage OS which make it the first stop for up-to-date community ROMs for many users:

Tweaks and Features: It offers OTA updates which mean that you can update your device with a single click. The other features include Screen Record, Camera app improvements, enhancements in messaging, call blocking, etc.

Well, the CyanogenMod fans need not worry, as its successorCyanogenMod would bring out the unique extensive features and keep most of them you loved about CyanogenMod. 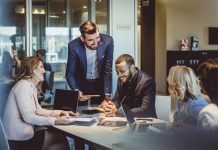 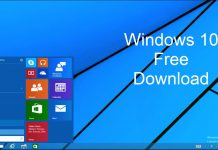