exFAT vs NTFS : FAT32, NTFS, and exFAT are three types of file systems that are used for storing data in a storage device primarily hard disk. These systems decide as for how data should be sorted and stored in the storage device.

FAT32orFile Allocation Table this file system is used for storing large data and apps.New Technology File System(NTFS) is one of the most file systems that provide inexhaustible space of 16 EB which equals to 18,446,744,073,709,550,592 bytes.

exFAT or Extended FAT file system is mostly deployed in digital cameras. Although the three files systems are great methods to store files, they do have some pros and cons that make them better or worse.

Differences between exFat vs NTFS vs FAT32 :

Let us looks at some of the most notable differences between exFAT vs NTFS vs FAT32. 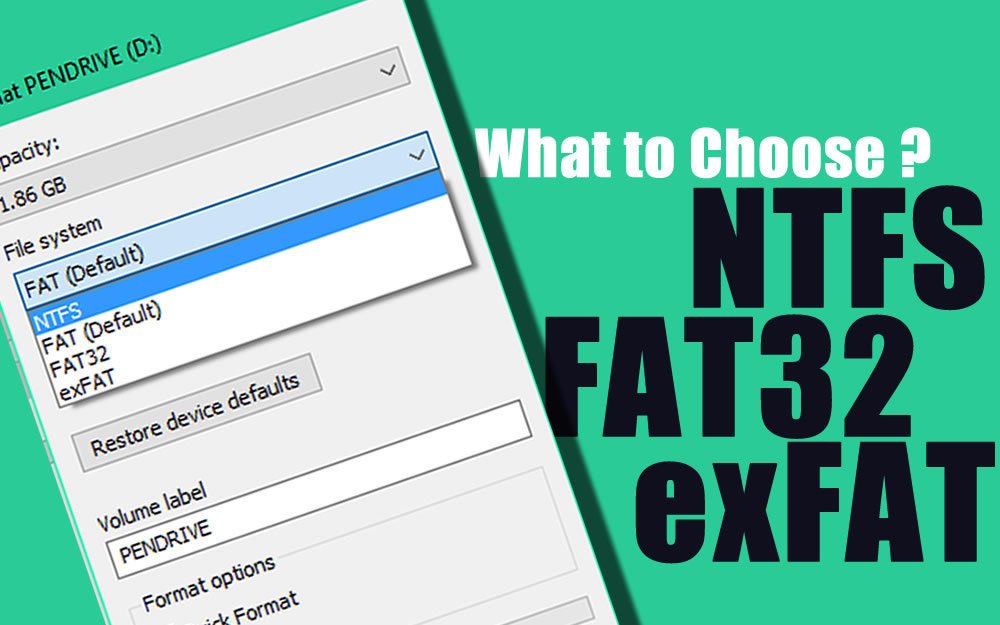 The exFAT vs NTFS vs FAT32, as mentioned above, must have now cleared in your mind as which file system is the best among them and why. There are many file systems other than the exFAT, NTFS and FAT32.

However, these three are most preferred and used. The three file systems are used by professionals as well as individuals for shifting data and storing large sized apps and file in a safe manner.

The unlimited space offered by the two files systems exFAT and NTFS has put them at loggerhead. Looking at their features one can easily decide as which one is actually better. The file systems have their own pros and cons that can be explored when used. Try the file system that sounds most appealing to you and decide by yourself.

The file systems can either be installed on your drive by purchasing it if you don’t have it already or you can seek the help of a technical specialist to help you get a hand on the file system. If you have a large sized file to be taken care of then you should go for NTFS or exFAT. In case, you are looking for a file system that can be used on multiple platforms then FAT32 should be your choice.